If the valves do not properly close, additional brake pedal travel may be required to stop the vehicle, increasing the risk of a crash.

Ford will notify owners, and dealers will flush the brake system with DOT 4 fluid and install a new brake fluid reservoir cap. In addition, the HCU will be tested to detect a possible stuck valve condition, replacing the HCU as necessary. All services will be performed free of charge. Owners will be notified of the safety risk with an interim letter on January 13, 2020. A second notice will be sent once parts are available, expected to be late in the first quarter of 2020. Owners may contact Ford customer service at 1-866-436-7332. Ford’s number for this recall is 19S54.

Check if you Vehicle has a Recall

Subject: Ford Motor Company (Ford) Recall No. 19S54 – Certain 2006-2010 Model Year Ford Fusion, Mercury Milan, Lincoln Zephyr and Lincoln MKZ Vehicles Equipped with Anti-Lock Brake Systems – Anti-Lock Brake System Hydraulic Control Unit Valve Function
Chronology
December 20, 2016: NHTSA opened PE16-017 on model years 2007-2009 Ford Fusion/Mercury Milan/Lincoln MKZ regarding vehicles experiencing long brake pedal travel or extended stopping distance.
January 24, 2017: Ford’s Automotive Safety Department (ASO) opened this issue in their Critical Concern Review Group (CCRG).
February 10, 2017: NHTSA and Ford held a joint drive evaluation in Dearborn, MI using Fusion vehicles fitted with an electro-mechanical system that was able to actuate one or two of the normally closed ABS valves to simulate the alleged extended pedal travel condition.
March 9, 2017: Ford submitted its response to NHTSA’s PE16-017. The analysis identified the potential for an interaction between aged brake fluid and zinc plating on the normally closed ABS valve armatures which formed zinc carboxylate, potentially resulting in stuck open normally closed valves. Ford did not identify an unreasonable risk to safety due to this condition, and would continue investigating possible causal and contributory factors and would continue to analyze data, ABS assemblies, and fluid samples obtained from the field.
August 22, 2017: NHTSA and Ford held a second joint drive evaluation in Dearborn, MI.
July 20, 2018: NHTSA opened EA18-002 requesting an update to the ABS module data and analysis and expanding the inquiry to include all 2006-2012 Ford Fusion/Mercury Milan/Lincoln Zephyr and MKZ vehicles.
September 28, 2018: Ford submitted its response to EA18-002. Ford determined that there had not been any substantial change in the field data or the technical assessment since Ford’s response to PE16-017. Ford’s engineering analysis showed that while customers driving vehicles with ABS systems that include zinc-plated valves may experience a longer brake pedal travel, the condition does not result in a loss of braking function or loss of vehicle control, and the vehicle can be safely brought to a controlled stop.
October 2018 – November 2019: Ford continued to monitor field data and conduct additional engineering analysis. Ford continued to work with NHTSA to investigate and engaged in ongoing discussion with NHTSA.
At a meeting in November with NHTSA, the agency’s perspectives about the nature of the failure were shared with Ford and the agency recommended Ford conduct a safety recall.
December 11, 2019: Ford’s Field Review Committee reviewed the concern and approved this field action.
Ford is aware of 15 reports of accidents and 2 injuries that may be related to the ABS stuck valve issue.

On December 20, 2016, the Office of Defects Investigation (ODI) opened Preliminary Evaluation (PE) 16-017 to investigate reports of braking concerns in model year 2007 through 2009 Ford Fusion and Mercury Milan vehicles. Complainants report that after an ABS braking event (caused by braking on a slippery or uneven surface) the brake pedal moved towards the floor and the distance in which the vehicle stopped increased beyond what was expected by the driver. The cause of the problem appears to be the Antilock Braking System (ABS) Hydraulic Control Unit (HCU), a component manufactured for Ford by Continental Automotive Systems. Hydraulic control valves within the HCU can experience corrosion and become stuck. In some cases, braking returns to normal when the valve(s) subsequently become unstuck. The intermittent condition proves difficult to diagnose and complainants report having several brake system components replaced only to have the condition return.

ODI has identified 544 reports submitted to the agency that relate to this issue in model year 2006-2012 Ford Fusion/MKZ and MY 2006-2011 Mercury Milan, the subject vehicles. Complainants report an increase in pedal travel which in some cases resulted in going past expected stopping points or having to steer to avoid contacting another vehicle; twenty six report a crash with 3 injuries alleged. The Ford reports shown above, which are from PE16-017 and involved the scope discussed above, were similar in content and identified 7 crashes without injury.

During PE16-017, ODI was able to recover HCUs from some complaint vehicles, including some from the reported crashes. The recovered HCUs were sent to NHTSA’s Vehicle Research and Test Center (VRTC) in East Liberty, Ohio for evaluation. VRTC was able to confirm stuck valves and corrosion of the zinc coated control valves, and it’s testing indicates that HCU failures cause increases in pedal travel that may affect braking distance. According to Ford, newer version HCUs have a different coating on the affected valves that do not currently appear to be experiencing corrosion.

In it’s response to ODI’s information request letter, Ford described analysis of two failed HCUs removed from complainant vehicles. In both cases, a gelatinous material found inside the HCU prevented control valves from properly returning to the closed position after actuation. Ford found that an interaction between the valve coating and brake fluid was the likely source of the gelatinous material. It acknowledged that stuck valves can result in increased pedal travel but maintains the affected brake circuit will develop pressure and respond if the brake pedal is pressed sufficiently. While it has not identified an unreasonable risk to safety due to this issue, Ford states that it continues to investigate the possible causal and contributory factors including additional engineering evaluations and testing.

An Engineering Analysis has been opened to assess the scope, frequency, and safety-related consequence of the alleged defect. Based on information received during PE16-017, the scope of the investigation has been increased to include another model, the Lincoln MKZ, and to expand the model years of the subject vehicles. 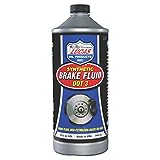 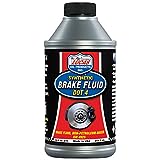 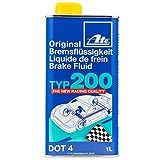