2004-2005 F-Super Duty and Excursion vehicles built 4/1/2004 through 2/20/2005 equipped with a 6.0L diesel engine may exhibit an oil leak from the cold side charge air cooler (CAC) duct connections, or low power/low boost performance due to the plastic charge air cooler duct becoming disconnected (blowing off).

Determine the specific issue with the CAC duct on the vehicle that is being serviced, and perform one (1) of the following:

NOTE: OIL FOUND IN 6.0L CAC SYSTEM MAY BE GREATER THAN AMOUNTS PREVIOUSLY FOUND IN THE 7.3L ENGINE, DUE TO HIGHER BOOST LEVELS. A RESTRICTED AIR FILTER CAN ALSO CONTRIBUTE TO GREATER AMOUNTS OF OIL IN THE CAC SYSTEM. ENGINE OPERATION WITH A RESTRICTED AIR FILTER INCREASES THE AIR FLOW THROUGH THE OIL SEPARATOR, LEADING TO GREATLY INCREASED OIL IN THE BLOW-BY GAS AND RESULTING IN OIL PUDDLING IN THE DUCTS. PROPER AIR FILTER MAINTENANCE IS IMPORTANT. DUSTINESS AROUND THE CAC DUCT CONNECTIONS IS CONSIDERED NORMAL.

NOTE: IF A CAC DUCT CLAMP IS BROKEN, A SERVICE CLAMP IS AVAILABLE (1C3Z-6K786-BA). IT IS NOT NECESSARY TO ORDER A DUCT KIT TO OBTAIN A CLAMP.

CAUTION: DO NOT OVER-TORQUE THE CLAMP.

NOTE: MAKE SURE THAT THE CLAMP BOLT IS POSITIONED SO THAT IT WILL NOT BE STRUCK BY THE HOOD WHEN CLOSED. 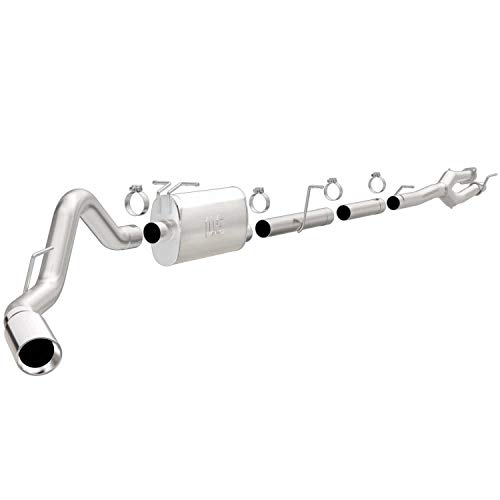